Board Certified Family Law Specialist Matt Arnold of Arnold & Smith, PLLC answers the question “My wife and I are not getting along If I leave the house, can she get me for abandonment?”

The least complicated—and least controversial—aspect of a new study of possible causes of divorce is the recitation of a long-recognized statistical truth that marriages featuring first-born daughters are more likely to end in divorce than those featuring first-born sons. The recent study—by Duke University researchers Amar Hamoudi and Jenna Nobles—pushed back the clock, so to speak, to try to explain the disparity. 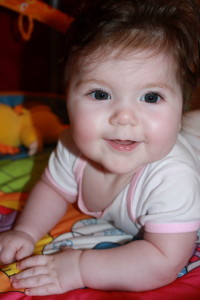 The study by Hamoudi and Nobles expands on the widely-accepted concept that girls and women of all ages are more likely than boys or men to make it to their next birthday. This concept is known as the “characteristic female survival advantage.” While this survival advantage has been well documented outside of the womb, Hamoudi and Nobles studied what happens inside the womb—all the way back to the moment of fertilization.

The researchers found evidence suggesting that female embryos are better able to withstand maternal stress in utero than male embryos. A female fetus, therefore, is more likely to make it to birth than a male counterpart whose mother is experiencing relationship stress. The researchers studied data from the 1979-2010 National Longitudinal Study of Youth. From the study, they deduced that couples who argued frequently during a pregnancy were more likely to have a firstborn daughter than a son. Males are less likely to survive the stressful atmosphere in utero.

Hamoudi said the research neither proves that daughters cause divorce nor that they do not cause it. Instead, he cautioned those who would draw hasty conclusions from the statistical correlation between firstborn daughters and divorce. Many people have suggested that girls, by their nature, have a negative impact on the stability of their parents’ unions. Hamoudi said his study should put an end to that assumption.

Girls and women are simply more robust, or “hardier,” Hamoudi said, from the time they are in utero all the way through age 100. So the reason more divorces involve firstborn daughters may be, simply, that more daughters survive in the womb and therefore are around to experience what happens outside of it—divorce or not.

The study also appears to show that relationship dynamics of couples in the months prior to birth can influence patterns in populations. In other words, populations featuring high numbers of couples embroiled in turmoil during their pregnancies are more likely to produce female offspring. A spike in a region’s female offspring may therefore be indicative of what is happening between parents during pregnancies.

Hamoudi said he would like to expand on the research. “It’s time for population studies to shine a light on the period of pregnancy,” he said.