The New York Court of Appeals (the state’s highest court) will grapple with a tricky legal question that has become increasingly important in the family law world: what is a parent? The answer to the question will impact hundreds if not thousands of custody disputes involving same-sex parents who for years have waged battle without the kind of legal clarity that exists in cases involving opposite sex partners. 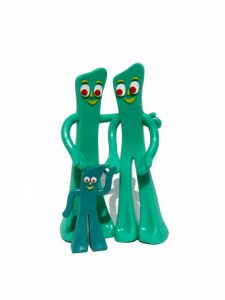 The Court will hear a case brought by a lesbian who is seeking visitation rights over a young boy she was involved in raising. The Court of Appeals agreed to hear the case because the case involves an important challenge to an existing law in New York which says that parental rights are limited to those with either a biological or adoptive tie to a child, something that did not exist in this, and potentially many other cases involving same-sex parents.

The case is an important one not only for the woman seeking time with a boy she views as her child, but also to other gay rights groups who believe that the case, and several others just like it, will prove important in redefining what it is to be a family, which increasingly includes those without biological or formal adoptive rights. These groups believe that parenthood should be broadened to include those individuals who play a key role raising a child and support the birth parent, something that reflects the reality of the familial situation rather than a strictly legalistic definition.

Critics of redefining parenthood fear that this could open up custody cases to claims from virtually anyone, increasing the complexity of already difficult custody disputes. Without limiting parental rights challenges to those with biological or adoptive rights, critics argue that anyone who was tangentially involved in a child’s upbringing could sue for rights. The nightmare scenario is that even friends of the family or nannies could assert claims, something that would not be in the best interests of children.

Though hard numbers are difficult to find, one study from UCLA indicates that as many as 15% of unmarried same-sex couples are raising children, meaning that many families could benefit from a broadening of the definition of parenthood. Advocates for change fear that the strict interpretation of parenthood taken by states like New York, Florida and Utah make it impossible for same-sex couples who choose to have children while unmarried to demand equal time with their children. These groups point out that marriage, for many couples, only became an option last year, meaning same-sex couples raising children while unmarried was the norm for years, rather than the rule. Additionally, adopting a child can be very expensive and many couples fail to understand that it is even necessary, often until it’s too late.

With decisions expected in Massachusetts, Maryland and soon New York, experts believe changes are likely. For those couples with children, but who lack legal ties, the change can’t come soon enough.