One of the most contentious issues in a divorce involves dividing a couple’s assets. As the process almost always reveals, people put a lot of stock in their possessions and often view the division, who gets what, as a kind of judgment of their contribution to the relationship. This is why in some cases it matters a great deal to one party whether they walk away with 45, 50 or 55 percent. Though the amount itself may not matter, the idea that their contribution has been appropriately acknowledged does. 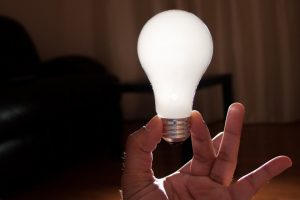 This relates to a recently decided case out of the UK where one man fought the idea that his wife was entitled to a 50/50 split of the marital assets. In the UK, the default is an even division of jointly acquired property. That said, there are cases where division may not be quite down the middle. This happens when one party is seen as having made an especially significant contribution to the marriage and is thus entitled to an outsized award of the jointly owned assets.

In the recent decision, a husband claimed the fact that he was a genius (in his own humble opinion) should be sufficient to garner him more than 50 percent of the marital assets. The husband was an investment manager and had a specialty in trading Japanese distressed debt, whatever that means. Though his job may be incomprehensible, he clearly knew how to make money and was able to amass a $225 million fortune over the course of the marriage. When the marriage unraveled, he and his wife (both of whom are Americans), decided to file for divorce in London, with each one hoping that they would walk away with more than if they divorced elsewhere (namely, the USA).

A lower court rejected the man’s claim that his genius was so valuable that he ought to receive more than his half of the marital estate. The husband appealed, and that higher court judge also disagreed. The court noted that while the man was certainly good at making money, his skills were of an ordinary nature (no genius after all) and his wealth was largely from having been in the right place at the right time. As a result, the judge decided that a 50/50 split was perfectly fair.

Here in the U.S., the rule in most states when it comes to asset division is that the split needs to be as fair, or equitable, as possible. This is the concept known as equitable division, a notion which says that when a marriage ends the parties should walk away with an equitable, though not always equal, share of the assets acquired during the course of the marriage. Though most states don’t explicitly take things like a person’s genius (real or imagined) into consideration when deciding how to divide assets, a person’s unique contributions to creating jointly owned assets is usually one of many factors weighed by judges. The goal is ultimately to be fair and ensure that both parties leave with a reasonable share of the property that they accumulated together.