The Montana Supreme Court has sent a divorce case back to a trial court in Great Falls, Montana, to consider two post-trial motions brought by an ex-wife sick with breast cancer. 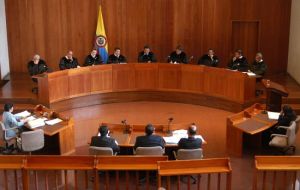 The ex-wife—Gail Patton—filed for divorce in March 2011. In September 2013, the District Court in Great Falls determined that the entire martial estate of Gail and her ex-husband Bill was just over one-million dollars.

The Pattons married in 1998. After their marriage, Gail’s health declined, and her left shoulder atrophied, leaving her with limited mobility. In addition, she suffered from debilitating knee and back pain and was diagnosed with post-traumatic stress disorder. To make matters worse, in May 2013 Gail was diagnosed with breast cancer.

After her diagnosis, Gail filed two motions, arguing that the less-than-ten-percent share she received of the marital estate should be increased to account for her medical bills. The District Court refused to rule on Gail’s motions, and in October 2013, the court adopted the recommendations of a standing master—a judicial official tasked with finding facts in cases and making recommendations to the court—awarding Gail a net total of $27,000.

The standing master found that Gail’s contributions to the marriage were lessened by Bill Patton’s retirement. Bill—Gail’s husband—had been a veterinarian prior to his retirement.

The Supreme Court also ruled that the District Court erred by refusing to rule on Gail’s post-diagnosis motions. By failing to send the case back to the standing master to make recommendations on Gail’s motions, Montana’s high court reasoned, the District Court lacked crucial information regarding “Gail’s contributions to the marriage as a homemaker” and therefore failed to properly analyze her entitlement to maintenance payments.

The Supreme Court’s decision was unanimous, with justices voting 5-0 to send the case back to District Court in Great Falls to be reviewed. In remanding the case, the justices wrote that the District Court’s “consideration of Gail’s post-trial motions and the corrections of errors of law will significantly impact the division of the marital estate and the award of maintenance to Gail.”

In plain terms, the likely result is that Gail will be awarded a greater share of the martial estate and, potentially, her husband could be ordered to render maintenance payments to her.