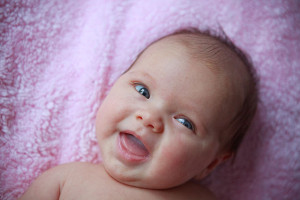 The researcher, Christina Gibson-Davis, drew on a national study of some 5,255 children born out-of-wedlock in the United States.

Gibson-Davis stressed that despite years of public attention to out-of-wedlock births, few studies have uncovered how children born in that setting actually live.

The study appeared to show that while many mothers and fathers do marry after the birth of a child, the so-called “magic moment” to marry often extends well beyond the days and weeks after a child’s birth – as long as three years in many cases.

In 2012 – the most recent year in which data was available – 49,170 children were born to unmarried mothers in North Carolina. Children born to unwed mothers face potential hurdles such as proving the identity of and obtaining support from one’s father. When a mother marries a child’s father – even after the child’s birth – the child is automatically “legitimated” in the eyes of the law.

Where a child is born out of wedlock and a marriage does not occur, however, a child can still be “legitimated” through a court proceeding. This gives the child the right to receive adequate support from each parent until the age of 18; the benefit of spending time with each parent regardless of who has physical custody of the child; the right to inherit property from each parent’s estate; and the right to file a wrongful death lawsuit in the event of the death of one or both parents.

If you or someone you know needs help with the legitimation process or has questions or concerns regarding marriage, child custody, child support, or divorce, please give me a call today to set up and appointment.