New York real-estate investor Robert Rothenberg has threatened to sue his 35-year-old former lover—the Israeli singer and actress Ayelet Argaman—accusing Argaman of swindling him out of lavish gifts made in contemplation of marriage. Really, Rothenberg says, Argaman was leading him on and using him for his money. 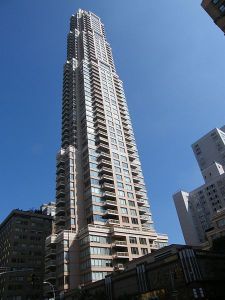 Argaman—who has appeared in minor roles in television series including The Sopranos and Law & Order—said she and Rothenberg began dating in September 2013. Rothenberg—20 years Argaman’s senior—lavished his young lover with $1.3 million in gifts, including a $100,000 per-month stipend for expenses.

Rothenberg forwarded Argaman emails from Rabbis praising him for being a “charitable religious man.” He also promised he would use his connections to get Argaman’s album produced. Argaman disclosed messages detailing Rothenberg’s efforts at wooing her. While he acknowledged that Argaman probable wanted “a younger version of himself,” he posited that “God works in ways we don’t understand” and that Argaman’s “softness, depth and soul” intrigued him.

Rothenberg stepped up the wooing this past spring, purchasing a $1.4 million one-bedroom apartment in Trump Palace on Manhattan’s Upper East Side for Argaman. He later signed an agreement granting Argaman a 60-percent share in the holding company that owns the apartment. Under the agreement, Argaman would have the option to buy out Rothenberg’s 40-percent share if their relationship did not last until May 2015.

It didn’t, and now Rothenberg wants the apartment back.

Argaman said she and Rothenberg broke up in June as a result of “irreconcilable differences.” Rothenberg said under New York’s so-called “heart-balm statute,” any gifts made in contemplation of marriage must be returned if the marriage is called off.

When Rothenberg tried to evict Argaman from the apartment, however, Argaman responded, filing court documents in which she called Rothenberg a vindictive “scorned lover who has taken the break up badly.”

Argaman argued that Rothenberg cannot invoke the heart-balm statute because he was and still is married to another woman—Rothenberg’s wife.

“An adulterer like Rothenberg cannot invoke an exception to the heart-balm statute—which is intended for single people actually engaged to be married—which was never the case here,” Argaman wrote in court documents.

Rothenberg’s lawyer, Larry Hutcher, told the New York Post that many of the allegations Argaman has made publically are untrue. He said Rothenberg had obtained an order of protection from Nassau County Family Court on neighboring Long Island—where Rothenberg lives—which prohibits Argaman from contacting Rothenberg or his family.

Argaman included a draft of Rothenberg’s proposed lawsuit in her court filings. In it, Rothenberg alleges that he only bought the apartment after Argaman tricked him into thinking she would marry him. Rothenberg also accused Argaman’s parents of “trying to shake him down.”

Rothenberg’s company, Beachwold Residential, owns as many as 10,000 apartment buildings across the United States, many of them located in New York, Connecticut, Ohio, Florida, Louisiana and Texas.

In Hollywood and elsewhere, adultery is rarely an easy obstacle for couples to overcome