Dating, courtship, friendship, getting to know someone—whatever you call it—it’s nothing new. Also not new is the idea that knowing someone comes first, marriage second. Or third, or long after you’ve gotten to know someone and, perhaps, learned to love a person. 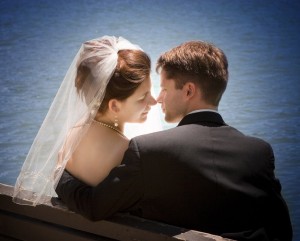 Many couples—famously Goldie Hawn and Kurt Russell, formerly Susan Sarandon and Tim Robbins, and don’t forget Branjelina—have carried on years-long love affairs without going through the business of tying the knot. A recent study may show our movie stars reflect our reality: so-called Millennials are marrying later—and less of them are marrying—than each of the previous three generations (described by the Pew Research Center as “Gen X,” “Boomer” and “Silent.” On average, an American woman in the 1950s married at age 20; the average man at age 23. Today the average American woman marries at age 27, the average man at 29.

Some families like the Duggars—stars of TLC’s hit show “19 Kids and Counting”—have adopted and implemented dating rules consistent with their religious faith, by which children of dating age “date with a purpose,” always in the presence of a chaperone, and save kissing, hand-holding, body-on-body hugging and virtually every other form of physical contact for marriage. So far, the Duggar “courtships” have been short, lasting a few months and ending in a proposal to marry, and so far the kids are marrying young.

The Duggars may seem like a throwback to a bygone era, but many observers bemoan the weakening of the institution of marriage, caused perhaps by intergenerational prosperity which has caused both men and women to lose the motivation to marry and have children. Perhaps that is why Jamie Otis had such a hard time finding a man who was ready to commit. She said guys in New York City—where she lives—were just players until they hit their late thirties.

So Otis, who is 27, agreed to marry a total stranger on a new television reality series called “Married at First Sight.” The problem?

“I just happened to not be attracted to the guy,” Otis said. As she walked down the aisle, she thought marrying 31-year-old Doug Hehner was the worst decision of her life.

Otis and other show contestants were evaluated by a sexologist, a spiritualist, a psychologist and a sociologist, who narrowed down possible matches. After several weeks of married life, couples—including Otis and Hehner—must decide whether to stay together. The sexologist, Dr. Logan Levkoff, said the “social experiment” sought to “determine whether social science can play a role in marital success.”

If you or someone you know is facing martial difficulties and needs to speak with an experienced family law attorney, please do not hesitate to contact me to set up an appointment today. If you find yourself facing a complicated family law matter, then you need the help of experienced family law attorneys in Charlotte, North Carolina who can help guide you through the often confusing process of divorce. Please contact Arnold & Smith, PLLC today at (704) 370-2828 or find additional resources here.