It is a fairly common practice in the United States to consider a prenup before marriage. This is especially true if you are rich and/or famous and have substantial assets to protect. The goal of the prenup is to shield these assets so that they remain safe in the event of a divorce. Though prenups are not just for those with lots of cash in the bank, wealthy individuals are especially well served by considering the drafting of such an agreement. 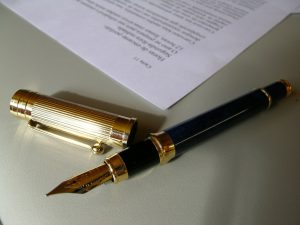 This makes it all the more surprising that one of the most famous young couples, with many millions of dollars (or pounds) on the line, appears set to forgo a prenuptial agreement. Word has gotten out that Prince Harry and Meghan Markle will likely not draft any kind of prenuptial agreement before marrying later this summer. Why not, you might be wondering? Is it true love? Though they may be enamored with each other, that is not the reason for passing on the prenup. The reason is legal, in the UK, prenups are not only not common, they are traditionally unenforceable in British courts.

One of the issues at work is certainly cultural. Though there has been a long tradition of the use of prenups in the United States, that simply has not been the case in the UK. Prenuptial agreements have long been rarely employed, meaning that both the courts and couples are unfamiliar with the documents. Another, more important problem, is that prenups are not legally binding documents before a British court. Judges as a rule will not enforce the terms of a prenup, though there is reason to believe this treatment is starting to change.

Though prenups are technically unenforceable, recent decisions by British family law judges have demonstrated a willingness to grant them weight in divorce proceedings. What this means is that though the terms may not be strictly applied, the judges can look to the agreement that was reached and use that as evidence that the couple had discussed the issues previously and broadly reached an agreement about how the matters would be handled in the event of divorce. So long as the prenups were drafted very carefully and both sides were protected at the time they were signed, judges in the UK are more and more willing to defer to prenups and the terms contained therein.

Though prenups are not strictly enforceable in the UK, that is thankfully not the case in the United States. Though the prenup might not make sense for royals, for the non-royals in the U.S. they can be very helpful. A prenup is worth considering because it allows couples to determine the fate of their property before marriage, while things are friendly and cooperative. It allows couples to make important decisions before the relationship has deteriorated and they both still have level heads. Prenups are also valuable because they allow couples to set aside portions of premarital assets, making clear to all involved that the money stays with the person who had it originally.

One concern about prenuptial agreements raised by some is that they are just so unromantic. After all, a prenup is planning for divorce. Though it is true that prenuptial agreement exists to protect couples during a divorce, it is crucial to remember that planning for the worst does not mean the worst will come true. In the same way that families are supposed to put together emergency preparedness plans, that does not mean that disaster is bound to strike. Instead, it means that should something bad happen, rather than be caught unaware, you will be prepared. And preparation can go a long way to making a bad situation more bearable.