It is clear that the rules surrounding the use of frozen embryos created as part of the in vitro fertilization, or IVF process are confusing. Couples often wonder whether agreements made prior to undergoing IVF will be deemed enforceable or whether they will instead be forced to fight it out in court with their ex-spouse over ownership of the frozen embryos. A recent series of legal events in Arizona further throws the issue into doubt, raising real questions for those considering IVF in the state. 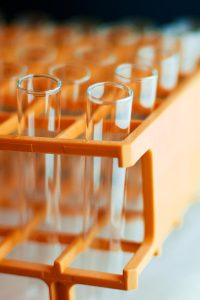 Before we get to the legislation currently under consideration by the Arizona legislature, let’s take a look at the case that sparked the controversy. A woman named Ruby Torres was in a very unfortunate and, sadly, not uncommon situation. She had graduated law school and pursued a career as an attorney. In doing so, she delayed child rearing, choosing to focus initially on her work life. She became ill and was diagnosed with breast cancer. Before beginning treatment, she and her then fiancé went through the IVF process to create embryos for later use. The idea was to preserve her ability to have children given the damage that the cancer treatment would likely due to her ability to reproduce.

Fast forward several years and Ruby is now free from cancer. Unfortunately, her ability to have children has also gone away. Though the frozen embryos remain, her relationship with her fiancé deteriorated and the two have now divorced. Ruby, unsurprisingly, wanted to use the embryos the two created so she could finally have children of her own. Her former husband refused, saying he no longer wanted to be a parent, especially not with a woman he was no longer married to.

The story above is so far playing out like it often does. One spouse, in many cases the woman, wants to use embryos created during a prior marriage. The other spouse, typically the man, does not. The general principle guiding these cases has long been that a person should not be forced into being a parent against his or her will. That means the person who does not want to reproduce usually wins out over the person who does want to reproduce.

That is not what happened in Arizona. Bizarrely, the judge presiding over the case decided that the embryos, rather than be destroyed, should be donated to someone else to use for conception. That meant that Ruby would not be able to have her own children, but a stranger could. It also meant that the former husband could still be made to be a father against his will. The decision was the worst of all worlds.

This then led to the recent action by the Arizona legislature. To prevent such a sad scenario from happening again, lawmakers crafted a bill that says that in the event of a divorce where frozen embryos exist, the judge will need to assign ownership of the embryos depending on who wants to use them for reproductive purposes. If both parties want to use the embryos, then the judge must decide who is most likely to use the embryos in a way that results in a birth.

The rule is a bizarre one and runs counter to the ideas embraced by courts across the country that a person should not be forced into being a parent against his or her will. It also presents problems from a contract perspective. The Arizona law, if passed, would mean that whatever agreements reached between spouses as it relates to embryos would be overridden by the courts. If the two had agreed to destroy embryos, then the courts would intercede so long as one party was willing to have children, granting the rights to the embryos to that party despite the preexisting contract. This kind of uncertainty presents a number of serious problems for those considering IVF, enough so that some experts say that couple should think long and hard before doing so in Arizona until the law becomes more clear.