Recently released statistics from the National Center for Family & Marriage Research indicate that Americans are increasingly less likely to divorce. The numbers reveal that the divorce rate is at its lowest level in more than 35 years. Though the rate in the U.S. may be low, it’s nowhere near as low as it is in India. A recent New York Times article explored some of the bizarre and interesting legal obstacles couples in India must combat if they want to end their marriages. 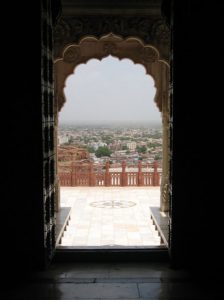 First things first, divorce in India is highly frowned upon. Here in the U.S., where the laws have been written to allow those that no longer wish to remain married to divorce with (relative) ease, lawmakers in India went in the opposite direction. The legal system has been used to create only a narrow path to allow certain couples to divorce, meaning only those with sufficient time, money and legal justification can successfully navigate the cumbersome process.

In India, unlike the U.S., there’s no such thing as a no-fault divorce. Simply saying the marriage failed due to “irreconcilable differences” is also not an option. Instead, you must select a reason from a relatively short list. Examples of valid grounds for divorce include things like cruelty, leprosy (but not just any leprosy, it must be incurable) and the entering of a religious order by one spouse.

Given the narrow grounds, most people go with cruelty, or more specifically, mental cruelty, a somewhat vague basis that has never been sufficiently clarified. The lack of clarity has proven useful for unhappy couples, as the judges appear to be willing to accept a lot of things as evidence of mental cruelty. The following are some good examples.

First, a recent case that made headlines around the world concerned a husband suing for divorce from a wife who he said called him a fat elephant. According to the husband, his wife hurled abusive language at him regularly, frequently taunting him due to his weight. The judge decided that calling names, even if a person is overweight, strikes at a person’s self-esteem and self-respect, thus a divorce was granted due to mental abuse.

In another case, a woman was blamed for the collapse of a marriage due to her interest in politics. The court decided that her pursuit of political office had spoiled her “homely environment” and amounted to a dereliction of her “solemn duties and responsibilities of a matrimonial life”. This was seen as desertion by the court and served as a sufficient basis for divorce.

Finally, a man sued for divorce claiming mental cruelty due to his wife’s refusal to engage in sexual relations. The man claimed that the withholding of sex was without good cause and thus a form of abuse. The court agreed that there was no sufficient justification for such conduct, criticizing the woman’s excuse that she did not want to have a child. The court noted that as the couple were educated and comparatively well off, they could have easily afforded contraception. The lack of marital relations was thus sufficient to qualify as mental abuse and win the husband a divorce.

Are juries used in divorce trials?