Sometimes divorce can be a bumpy process, everyone knows that. In a divorce, especially where important issues are in contention, there can be a desire by one party or the other to hurry things up, get the process done as quickly as possible and settle the complex issues down the road. Though most people may agree with the sentiment and would relish the opportunity to move on more quickly, it’s rare to take action to try and force it to happen. A messy divorce in Kansas recently took a turn for the worse and led to an unusual request, with the wife asking the court to allow what’s known as a bifurcated divorce. 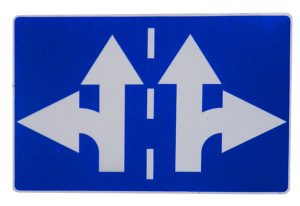 The case in Kansas concerns a wealthy couple, the Lindemuth’s, who are facing a number of separate legal issues at once. Kent Lindemuth, the husband, is facing criminal charges related to bankruptcy fraud and money laundering. The couple is also mired in an ongoing bankruptcy case. Finally, there is the divorce. Vikki, Kent’s wife, is asking for a divorce and wants one fast. She says that her good name is being destroyed from her continued association with Kent. She says she wants the divorce to happen pronto, sparing her from the fallout associated with Kent’s ongoing legal travails.

What is the justification for a bifurcated divorce? By far the most common reason is that one of the parties wants to remarry and wants to do so quickly. By bifurcating the divorce, the marriage itself can come to an end rather quickly, allowing the party to remarry. Then, once that’s done, the former couple can pick up where they left off, fighting over the other, more contentious issues associated with the split. Beyond the desire to remarry, another reason someone might ask for a bifurcated divorce is for tax reasons. By hurrying up and ending the marriage, the two parties can file for taxes as single individuals rather than a married couple, something that might have advantages in some cases.

Where is bifurcated divorce allowed? In places like California, Utah and Kansas, bifurcated divorce is not uncommon and such requests are routinely granted by judges, assuming both parties agree. If one party objects, like in this case, they may reject the request. In other states, like Washington and Wisconsin, bifurcation is discouraged, but possible. Only in especially contentious cases, where it seems likely the two sides will not be able to agree to a resolution for years to come, will a judge consider bifurcating the divorce. In other states, like New York, Arizona and Michigan, bifurcation is not allowed at all. In these states, all claims related to a divorce must be settled at once before a formal divorce decree can be issued.

Going back to Vikki, things did not turn out so well. Unfortunately for her, Kent opposed her request for a bifurcated divorce. The judge weighed the options and sided with Kent, denying Vikki’s request for a bifurcated divorce. That means, at least for now, Vikki and Kent will continue to slog through the lengthy divorce process and, until it’s officially done, Vikki will continue to be tied to her soon-to-be-former husband.