MarketWatch shared a reader query this week from a man named Marc who wanted to know if he could sue his “deadbeat dad” for the decades of unpaid child support his father owed him and his mother. Marc’s father, from whom he has been estranged for the last 15 years, owes child support debt dating all the way back to 1956. 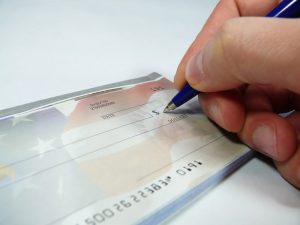 Marc lives in California with two grown sons of his own, and his father lives in another state. Marc’s mother kept a scrupulous accounting ledger keeping track of her ex’s missed payments over the years. She stopped her efforts to wrest from the father what he owed when Marc turned 18.

It raises some interesting questions, both practical and legal. Are children and their custodial parent entitled to unpaid child support once that child reaches the legal age of adulthood? Is there a statute of limitations that time bars those parties from collecting it? Can they put a lien on the father’s estate once he dies for the unpaid child support payments?

With regards to whether an adult child by themselves has the right to sue their parent for unpaid child support, the article failed to mention the issue of standing. Legal standing refers to whether a particular party has the right to sue over a particular matter in their particular jurisdiction. In California, as in most states including North Carolina, adult children usually do not have standing to sue a parent over unpaid child support that accrued when they were younger. The unpaid child support is usually considered to belong to the custodial parent. This means that Marc’s mother could bring suit to collect the debts owed, but a court would likely bar the action if it were brought solely by Marc. The county DCSS can also sue to collect the arrears, particularly if the custodial parent and child had to receive public assistance during the periods of unpaid support.

Each state’s DCSS reports all noncustodial parents who owe back support to state and federal tax authorities, including the Internal Revenue Service. DCSS and the tax authorities have the power to suspend the debtor parent’s licenses, report negative information about the parent to credit reporting agencies, and intercept their tax returns in order to effect payment. Courts also have the power to garnish, or seize, a debtor parent’s wages in order to get the amount owed to the custodial parent and child.  As the MarketWatch column pointed out to Marc, his mother does not have to wait until his father dies to get a lien against the father’s assets.

State law varies wildly with regards to statutes of limitation for back support. Some states, such Marc’s home state of California, have no statute of limitations whatsoever on back child support. In other states, such as New Jersey and Arkansas, back-collection for child support is barred five (5) years after the child in question reaches the legal age of majority (which, again, varies by state but is usually between the ages of 18 and 21). Here in North Carolina, the limitation is 10 years from the date the payment became due.

Probably because Marc’s state has no statute of limitations, the MarketWatch article did not mention the Uniform Interstate Family Support Act (UIFSA), legislation adopted by all 50 states that covers which state’s laws apply in child support cases where one parent lives in another state.  The UIFSA states that in proceedings for back child support, the statute of limitations that is the longer of the two applies. So, if a North Carolina custodial parent needed to collect back support from a parent living in California, California’s statute of limitations (or lack thereof) would apply since it is longer than North Carolina’s.

The MarketWatch column closed by reminding Marc that he should, of course, speak with a local family law attorney to determine whether it would be worth the time and expense of pursuing the past support payments. This decision depends on the amount owed relative to the realities of the debtor parent’s financial situation. If there are no paychecks, tax returns, or other assets to garnish, the probability of collecting what you are owed is unlikely.

Trying to Pay Child Support in Pizza Not a Crime, Says Italian Court