One of the most difficult parts of a divorce can be agreeing to an equitable division of marital property. There are many components of the financial pie that need to be accounted for, including the house, the cars, the bank accounts, retirement funds, stocks, bonds and personal property. Another asset, and potentially a valuable one, that many people may not think of are legal judgments, specifically personal injury awards and settlements. In some cases, these can be worth hundreds of thousands of dollars and represent a sizable share of a couple’s assets. The question is, are these judgments marital property or do they belong to the injured party? To find out more, keep reading. 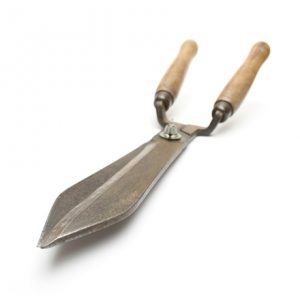 First things first, when it comes to categorizing assets, a personal injury award or settlement is just like any other piece of property. Like all other items, this will need to be deemed either an element of marital or separate property. If the personal injury award is seen as separate property, then it will be owned solely by one person and not subject to division. If it’s deemed marital, then it will need to be included in the joint pot and split up according to whatever formula is ultimately arrived at.

There are two main approaches that states use to tackle the issue. First, some states subscribe to the mechanical approach. By mechanical, we mean a strict definitional approach which looks at how separate property is defined. The definition of separate property includes only those things that are either brought into the marriage by one party or that one party received during the marriage as a gift or inheritance. Assuming that a personal injury award occurred during the marriage, a strict definition would mean that it ought to be categorized as marital property.

Another, much less strict approach, is known as the analytic method. Under the analytic method, the court tries to consider the purpose of the personal injury award. The court will attempt to determine whether the award was intended to compensate the injured individual alone or the couple jointly. In these kinds of places, the rule generally is that an award is deemed separate property if it was meant to offer the spouse money for his or her injuries or personal well-being. In cases where the award was meant to compensate a family, or a couple, for joint harms, such as lost income, the calculation (and categorization) might be different.

Using this second approach, couples have far less clarity going into the divorce, though the result may be more equitable, with the courts trying to read into the numbers and divide it in a way that reflects the intention of the award. In these states, of which North Carolina is one, some legal awards may be characterized as marital whereas others are deemed separate. In other cases, portions of an individual award may be categorized differently. It’s less clear, but perhaps more fair.

The Devil’s In The Details