Though Brits and Americans diverge when it comes to their love of the Queen and tea, court cases, both criminal or civil, tend to be remarkably similar on either side of the pond. Given that the justice system in the US is based on British common law, this may not come as much of a shock. One area where the two countries have tended to agree concerns divorce, with courts in both countries going about things like division of assets in largely similar ways. A recent court ruling in London may mark the beginning of a divergence, at least as it relates to a certain segment of the population. 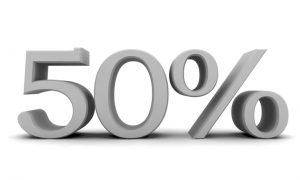 In the UK, couples have long understood that if divorce occurs, both parties should be prepared to split assets down the middle. Though there was never a hard and fast 50/50 rule, it was widely known that an even split, or close to it, was the usual result when asset division cases made their way before a judge.

In the US, this idea is also generally widespread. Though assets acquired prior to marriage, known as separate property, are excluded from division, those assets acquired during the marriage, marital assets, are subject to division. In North Carolina, the law states that such division must take place equitably, not necessarily equally. The division may not be directly down the middle, but again, the rule is usually that assets acquired during the course of the marriage are split between the couple in the event of a divorce.

Recently, a woman in London, a highly successful stock trader, appealed a lower court decision that forced her to fork over millions to her ex-husband. In that case, Julie Sharp had earned almost $14 million in bonuses during the course of her four-year marriage to her husband Robin. Robin says he never knew exactly what she earned, but understood it was substantial given her ability to pay for elaborate vacations and expensive cars that the two shared. At some point, the marriage unraveled after Robin began an extramarital affair, causing Julie to file for divorce.

A lower court, considering Julie’s incredible financial success, decided that Robin was owed about half of the money the couple jointly possessed at the time of the divorce. The judge gave Robin $2.75 million, and Julie balked. Her attorney appealed the judgment, saying that Robin had contributed nothing to Julie’s ability to earn the money. Julie also noted that the marriage was short, there were no children and that the two had both worked full time during the course of the relationship, only occasionally commingling assets. As a result, the argument was that a 50/50 split isn’t right, that the short marriage allowed Robin to unfairly profited off of Julie’s hard work.

The argument must have been convincing, because just this week an appeals court sided with Julie, reducing the amount owed to Robin to $2 million. Though still substantial, it’s less than the 50 percent Robin expected to receive given typical practice in the UK. The justices who issued the decision noted that the short duration of the marriage, the lack of children and the fact that both were employed and had not depended on the other were important factors. At least for those in short-term, childless marriages, the justices seemed to indicate a 50/50 split was no longer fair. To make such asset divisions automatic leads to a windfall for some spouses, who only need to put in a few years before cashing out. Whether courts in the US will adopt a similar posture towards such cases remains to be seen.

Hiding Assets During A Divorce