Tax reform has been in the news recently, with all sides of the political debate arguing about the best path forward. Some believe taxes are too high and need to be cut across the board. Others believe the cuts should be focused on lower and middle-income Americans. Still others are aiming the primary benefits at the wealthiest individuals and corporations. Which side will ultimately prevails remains to be seen. 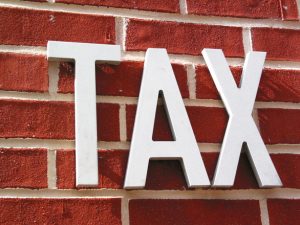 Lost in the broader debate about tax reform are some of the specifics that, while small in the grand scheme of things, can have big impacts on individual families. A great example of this is the way that current tax reform proposal under consideration by the House of Representatives would lead to important changes in the way alimony is dealt with in future divorce cases. Tax reform is rarely seen as having much of an impact on divorce, but the current changes envisioned by the pending legislation would be substantial and deserve at least a brief explanation.

First, we should explain that the big change is buried in the version of tax reform currently before the House. This measure is known as the Tax Cuts and Jobs Act. The version before the Senate would not require changes to current alimony rules. If the bill were to be passed and become effective, the new alimony rules would be put into place for all divorce decrees executed after December 31, 2017. Those divorces finalized prior to the end of the year would be spared.

The new change seeks to eliminate what supporters say is a subsidy for divorce. The tax reform plan under consideration would eliminate the tax deductibility of alimony. The bill would also make alimony income tax-free to the spouse who receives the money. The aim is to ensure that the government does not continue what some see as support of the spouse receiving the alimony money.

How do critics figure that the current system subsidizes divorce? The issue boils down to tax brackets. In the vast majority of cases, the person paying the alimony is in a much higher tax bracket than the person receiving the alimony. This means that the tax deductibility is a big benefit to the spouse paying the alimony and a boost to the spouse receiving it. For instance, Spouse A has been ordered to pay $10,000 per month in alimony to Spouse B. Spouse A is in the 50% tax bracket, Spouse B is in the 30% bracket. Spouse A is only making a net payment of $5,000 per month given tax rates, while Spouse B would receive a net $7,000 due to his or her lower tax rate. This $2,000 gap is what advocates of tax reform believe amounts to a form of government support. Critics point out that this tax deduction makes it considerably cheaper for divorced couples to exchange money than it is for married couples to do the same thing.

So what is the impact if such a measure passes and becomes law? For one thing, many experts believe alimony is likely to become far less common. Without the tax deductions, alimony payments become far more expensive for all parties, especially the one making the payments. The current alimony tax treatment makes it slightly less expensive to exchange money between a divorced couple. Should the new rules go into effect, this exchange of money will become more costly and likely less frequent.