Marriage is for the dogs, or at least that is what one British woman thinks. Amanda Rodgers was so smitten with her dog Sheba that she decided marry it. 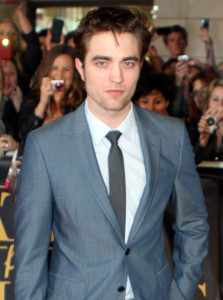 Rodgers, 47, married Sheba this past March in a ceremony attended by some 200 well-wishers. The woman said she knew Sheba was the one for her when the dog was just two weeks old. “I fell in love with her,” Rodgers said. “I knew that we were meant to be.”

Rodgers told a British television news team that she proposed to Sheba on bended knee. The dog’s wagging tale meant that it accepted her proposal. Their wedding ceremony was sealed with a kiss.

Kissing is as far as Australian Joseph Guiso would go with the 5-year-old yellow Labrador he married “in an elaborate wedding ceremony in a local park” in 2010, according to the New York Daily News. Guiso, a self-described religious man, laughed off critics of his union with the canine and described their relationship as platonic.

“We’re definitely Australia’s hottest couple,” Guiso said, outstripping the hotness of megastars like Brad Pitt and Angelina Jolie. But there was trouble looming in paradise. Honey, Guiso’s dog and wife, was “a bit angry about all the publicity,” Guiso said. So she gave him the silent treatment.

That kind of treatment was exactly what a 74-year-old Brazilian man named Aparecido Castaldo sought to avoid when he announced last September that he planned to marry his pet goat. The goat, Carmelita, ate her first wedding dress, but Castaldo found another dress for the special occasion.

A stonecutter and father of eight, Castaldo answered critics of the union by promising not to sexually consummate the relationship. Then he appeared to cast stones at defenders of so-called traditional marriage. “Whenever someone says I am doing something wrong,” he said, “I reply the goat does not speak, ask for money to go shopping and doesn’t get pregnant.”

Closer to home, 25-year-old college student Lauren Adkins spent $3,200 on a Las Vegas wedding to her sweetheart, actor Robert Pattinson. Adkins bought a ring and a white dress for the ceremony, which was attended by some 50 guests and preceded a reception with champagne and a five-tier cake.

The groom did not indulge in champagne or cake, mainly because Adkins married a life-size cardboard cutout of Pattinson, not the man himself. Adkins said she had spotted Pattinson peering out at her from a record store “in all his cardboard glory and knew he was the one.”

Adkins said that after the wedding, she and “cardboard Rob” went on a honeymoon to Los Angeles, California, where the pair spent a romantic night at the Hollywood sign. “I had to carry him, and we had to do it at night because he can’t be in the sun,” Adkins said. “But everyone makes sacrifices for the man they love, right?”

Several Strange Marriage Laws From Across the Country

Marriage May Be Down, But Don’t Count It Out Yet