It’s rare that spousal support cases make their way to the U.S. Supreme Court. The justices are usually grappling with weighty issues involving constitutional rights, but occasionally make time for less headline-grabbing matters. Recently, that’s exactly what the Court did, hearing and then deciding a small case with an even smaller amount of money on the line. Though the ruling won’t go down in history, it does clarify an area of confusion in the law and will bring certainty to a number of other military divorces. 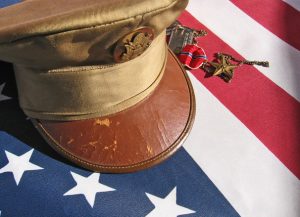 The case at issue, Howell v. Howell, begins back in 1991, when John and Sandra Howell decided to divorce. John, who had spent a career in the military, was only a year or so away from retirement. Given the proximity, Sandra and her attorney were forward-thinking and made sure to account for the impact of the retirement pay John was sure to receive. They went ahead and divided the money up even before it began arriving, making clear that John was to pay Sandra half of what he received in retirement pay for the rest of their lives.

Once John retired, he began receiving $1,500 a month in retirement pay. This meant that Sandra was receiving $750 per month. This continued for decades, until John discovered that he had another option for structuring some of his payments. Should he choose to do so, he could receive $250 per month in disability pay, something that would reduce his retirement pay by an equivalent $250. The benefit to John is that the disability pay is not taxable, while his retirement pay is. By substituting one for the other, he managed to reduce his taxable income, holding onto somewhat more money each year.

The problem from Sandra’s perspective is that their original divorce decree did not contemplate the division of disability income, only that related to retirement. This meant that Sandra’s monthly share dropped by $125, something she said she never expected as she had grown reliant on the money. She sued, arguing that John should not be allowed to make such a substitution after the divorce decree is finalized and, if he is, that she should receive an equivalent share of the disability income. To do otherwise, according to Sandra, would allow John to unilaterally evade of at least some of his obligations to her. Sandra persuaded the state courts that she was correct, with each one agreeing that John’s disability income should be divided.

John appealed, eventually reaching the Supreme Court. John’s attorney argued that both the law and a previous Supreme Court case on the subject were clear, that disability income cannot be divided by state courts when awarding spousal support. The Supreme Court agreed, and decided 8-0 that John should be allowed to keep his money. They weren’t unsympathetic to Sandra, recognizing that this unexpected change could cause her financial trouble, but said that the law is clear courts aren’t allowed to divide the military disability pay in such circumstances. Instead, the justices noted that Sandra could petition the court to reopen the issue of spousal support in light of changed circumstances, recalculating given the numbers that exist today. The Court also noted that prior to signing a divorce decree this issue of potential future disability could be contemplated and a backup arrangement put into place should such an eventuality come to pass. There are ways Sandra and others in her position could protect themselves, unfortunately, the steps weren’t taken in this case.