A recent survey conducted by a British family law organization, Resolution, shed light on the divorce process by revealing some interesting statistics. Importantly, and unusually, the survey did not focus on the adults, but instead surveyed children, asking them their thoughts on divorce and ideas about what parents can do to make the process easier on the kids. Specifically, the group focused on hundreds of young people between the ages of 14 and 22 whose parents had gone through a divorce. To find out more about what the survey revealed about children and divorce, keep reading. 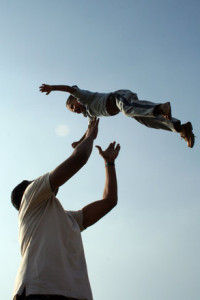 Don’t stay together for their sake

Many parents fear that divorce is the worst thing that could happen to their kids and, as a result, fight mightily to remain together. Though this is honorable and often done for the right reasons, the survey shows that young people don’t wish for this. Instead, a massive 82 percent say that they would prefer it if their parents would divorce than remain together and be unhappy. Not only was it better for the parents in the end, but the children also benefited, understanding that it was ultimately for the best. The survey concluded that staying together for the sake of the children is a bad thing and that it’s better to leave a marriage early than it is to cling to an unhappy relationship and ultimately divorce on bad terms.

Don’t put them in the middle

The vast majority of those surveyed, a whopping 88 percent, said that it is very important to be sure that children do not feel that they are forced to choose between parents. Kids love their parents, both of them, and any attempt to pit them against one parent or the other will dramatically increase the stress and anxiety surrounding a divorce. Though you may be tempted to bad mouth the other parent, resist the urge and take precautions to avoid it. When asked what they would most like to change about a divorce, nearly one third of those surveyed said they wished their parents had not criticized each other in front of them. Another 30 percent said they wished their parents understood how difficult it was to be caught in the middle.

The biggest takeaway from the survey is that children crave open and honest communication. More than 60 percent of those surveyed said that they felt their parents had not included them in the decision-making process and that they wish they had gotten to offer input about custody issues or living arrangements. Divorce can be a scary thing for adults and is especially anxiety producing in children. Parents need to be emotionally and physically present, reassuring kids that everything will be all right in the end. Parents should also work to involve children in the divorce as much as is appropriate given their age and the particular circumstances of the split.

Pediatric psychologist warns parents to trust their instincts about their children