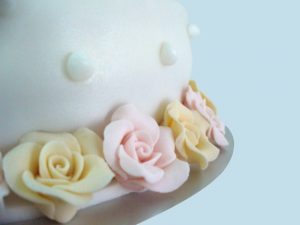 The case at issue was recently heard by a Wisconsin appeals court. In Xiong v. Vang, a wife filed for divorce from her husband after more than 30 years of marriage. The two are originally from Laos, but fled to Thailand as refugees. They were members of the Hmong minority, a group persecuted at the time across the region. According to the wife, the two were married in a Hmong ceremony that occurred at their refugee camp in 1980. It was officiated by her uncle and followed by another Hmong ceremony, known as a string ceremony, three days later.

Decades passed, the couple eventually migrated to the U.S., had four children and began to grow apart. The husband had a girlfriend (who he eventually married) and the wife finally decided to end the marriage, filing for divorce in 2014. At the time, the husband responded by arguing that there could be no divorce as the couple had never been married. He argued that though a ceremony did take place back at the refugee camp, it was to celebrate their cohabitation, not their marriage.

The wife brought forward substantial amounts of evidence to dispute this argument. She had relatives come forward and explain that the marriage was coerced after her husband paid the woman’s family money. Brothers, uncles and other relatives who attended the ceremony say that it was clearly a wedding, as cohabitation is not acceptable in the Hmong community and would thus never be celebrated. The wife also brought forward immigration papers, joint tax returns and property records, all showing the two listed as a married couple.

Despite the seemingly overwhelming evidence to the contrary, the husband continued to argue that they were only partners, not husband and wife. He said he was not sure how else to fill out taxes and other forms, so simply chose married as an easy alternative. He also claimed that the marriage was invalid under Thai law. Given that the two were refugees, no marriage would have been recognized under Thai law. The invalidity of the underlying marriage, according to the husband, should mean that Wisconsin now refuses to grant a divorce.

The justices on the court of appeals disagreed. The panel explained that just because a foreign marriage is not valid does not mean it cannot be recognized by a Wisconsin court. They rejected the argument that a marriage invalid under Thai law must not be acknowledged in the U.S. The Court instead decided that there had been a putative marriage. This satisfies the test for a putative marriage because it was solemnized in  proper form, meaning it was conducted appropriately in the Hmong community. Finally, it was celebrated in good faith by one or both parties. This second requirement was fulfilled by showing that the families of both parties believed the two had been married.