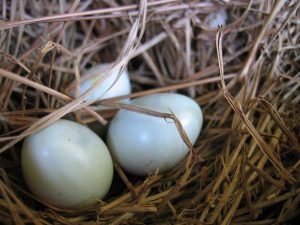 Though birdnesting has its supporters, the arrangement can be complicated and may not work well for all (or even many) families. To learn more, keep reading.

First things first, you may still be scratching your head about what birdnesting even is. Birdnesting refers to a custody arrangement whereby the parents, rather than the children, are uprooted. In most birdnesting arrangements, the children remain in the family home and the parents rotate in and out based on custody schedules. The point of birdnesting is to spare the kids from the pain of leaving home and instead place the inconvenience on the parents, hopefully minimizing (at least from the kids’ perspective) the disruption caused by divorce.

Birdnesting can take several different forms, depending on the wishes of the couple. One option is to continue jointly owning and operating the marital home, which is where the children will reside full-time, while each parent secures his or her own separate housing. Under this approach, one parent lives at home with the kids during his or her custody time and the other is away. The parents then rotate in and out, while the kids remain in place.

The problem with the above approach is that it can get quite expensive maintaining three homes. Another idea for those interested in birdnesting for whom money is not unlimited is to keep the marital home and then get an additional apartment that both parents share (though not at the same time). Under such an approach, the parent who isn’t with the kids is living in the other shared residence which helps keep costs down.

Birdnesting can work, and work well, but only if both parents are committed to making it work. Both parties need to get along well, if not exceptionally well, given the close proximity they will be in post-divorce. If you fight frequently, you will likely need more space than birdnesting allows for. Additionally, for birdnesting to be a good idea you almost always need to have the financial ability to maintain multiple residences. If things are already tight, this may not be an idea worth considering. Finally, birdnesting can work well when everyone is single. As new relationships begin and become more serious, it can make the birdnesting arrangement much more cumbersome, though not necessarily impossible. For instance, where will the new boyfriend or girlfriend stay? What if one of the parties remarries? These are all questions to consider before agreeing to such an unconventional approach.