The attorney-client privilege can be an almost sacred right for either party in a divorce proceeding. Knowing that the private communications you have with your attorney about your case stay sacrosanct fosters candor and peace of mind in the relationship you have with the person representing you on such a personal case.  This in turn allows your attorney to better prepare for your case. Similarly, the work product privilege protects materials prepared in preparation for litigation. These two immunities protect information from being produced (through documentation or testimony) via discovery from the opposing side. In any given divorce or family law case there can be facts, confidences and strategies that you do not want shared with your (soon-to-be former) spouse’s side and argued against you in court. 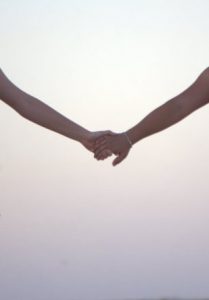 There are certain circumstances that can breach these privileges and make the information or material subject to discovery and court examination. One such exception to attorney-client privilege frequently occurs when there is a third party present to the communication between the attorney and client. This makes sense to a certain extent—if you knowingly reveal information to another person when talking with your attorney about your case, it follows that you cannot expect that information to stay private. In a seeming contradiction to this rule, the North Carolina Court of Appeals ruled this April that the presence of a divorce litigant’s friend during attorneys meeting did not waive attorney-client privilege for the otherwise privileged information discussed during those meetings.

The divorcing wife and husband had six children and an uneasy relationship, to say the least—the trial court heard evidence about the husband’s violent, unpredictable and “creepy” behavior towards all of his children. The court scheduled a permanent child custody trial to begin on December 1. About two months before that date, the husband tried to subpoena a friend of his wife’s that had been providing support to the wife in the case, sitting in on meetings with the wife and her family law attorney.

The woman, Brooke Adams, is an attorney on inactive status in North Carolina with whom the wife had been friends with since before the divorce action. Ms. Adams asserted in an affidavit to the court that she had been acting as a consultant/agent on the defendant’s behalf, and that in this role she’d had access to a wide variety of tangible documents in the custody and divorce battle, including correspondence between the wife and her attorneys, expert witnesses and consultants; strategy planning documents and case law; and potential court exhibits. If a third party is acting as the client’s agent, this generally does not destroy attorney-client privilege for the encounter (agents are an exception to the third party exception).

The trial court had agreed with the husband the first time around, ruling that Ms. Adams’ role in the case and relationship with the wife did not constitute that of an agent. In the trial court opinion, the court said that at best, Ms. Adams was acting merely as a “good friend” to the wife, which would mean attorney-client privilege was destroyed, and at worst, Ms. Adams was actually engaged in the unauthorized practice of law, which is not permitted.

The Court of Appeals, however, held that the trial court had misapplied the law of agency in this case, and erred when it did not give weight to a confidentiality agreement Ms. Adams and the wife entered into (assumedly before the woman began attending the wife’s meetings with her attorney). The agreement explicitly identified Ms. Adams as the wife’s agent and emphasized that the otherwise privileged information she would be receiving would be used solely for the purpose of either settling or litigating the wife’s divorce proceedings.

After the appellate court ruled, refusing to allow the husband access to cross-examine Ms. Adams on the basis of attorney-client and work product privilege, the husband’s attorney predicted that the decision will eventually cause a large uptick in the number of agent/confidentiality agreements like the one between Ms. Adams and the wife in divorce cases.

Advice About Going To Court In Your North Carolina Divorce Case

The Devil’s In The Details