While seeking a protective order is a domestic violence victim’s last resort to stop the abuse, the order is not always as effective as many might think. A recent report published by News Observer in January 2020 highlighted the problem of protective orders that do very little to protect the victim, while others do more harm than good. 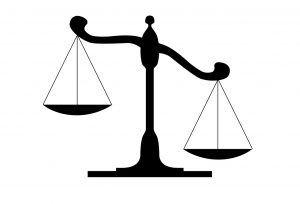 Domestic Violence is a Costly Problem

Statistically speaking, one in four women will experience some form of physical, psychological, or sexual domestic violence in their lifetime. The costs associated with treating injuries suffered by female survivors who endured domestic violence can be extremely high.

Studies show that the costs of domestic violence average nearly $104,000 over a female survivor’s lifetime. Those costs include not only medical expenses but also legal fees and lost productivity.

In some cases, domestic violence leads to death. Statistics show that roughly half of all female homicide victims each year are killed by their current or former male partner. By contrast, only about 5% of male victims are killed by a current or ex-partner.

Although some studies claim that restraining orders can prevent or reduce the severity of abuse, many victims and experts question the effectiveness of such orders. According to NBC News citing a 2003 report by the National Institute of Justice, nearly half of all abusers who were charged with killing their intimate partners had previous arrests. Sadly almost a third of those victims previously had called the police.

As reported by N.C. Coalition Against Domestic Violence, which tracks the number of domestic violence homicides in North Carolina, 56 people were killed in 2019.

So, do protective orders actually protect domestic violence victims from abuse? If so, why do many abusers continue the abuse even after the victim sought a restraining order?

While many protective orders actually work and effectively protect victims, many others fail. The key is that an abuser must understand the consequences and follow the rules. If the abuser does not want to be imprisoned and cares about his reputation, a protective order will mean a lot more for him than for someone who could not care less about a potential arrest and jail time.

Unfortunately, there are also thousands of those who do not report abuse and domestic violence to the police. Even when a female survivor seeks a protective order, she can endure months or even years of abuse before going to court.

Many victims refuse to report abuse to the police out of fear that the abuser might avenge them, while others are trying to protect the abuser, as absurd as it may sound. In many cases, the abuse can escalate when the victim decides to seek a protective order or leave the abuser.

Statistics indicate that 75% of female homicide victims killed by their intimate partner, and 85% of those who endured severe domestic violence had previously left their abuser or attempted to do so. Also, female victims previously threatened or assaulted with a weapon are 20 times more likely to be killed by the abuser. Consult with a Charlotte restraining order attorney before seeking an order against your abuser. If you find yourself facing a complicated family law matter and need the help of experienced family-law attorneys, speak with our detail-oriented and well-versed lawyers in or around Charlotte, Lake Norman, or at our new office in Monroe, please contact Arnold & Smith, PLLC today at (704) 370-2828 or find additional resources here.

Domestic Violence vs. Civil Harassment: What is the Difference?