Under North Carolina law, non-parents and third parties can seek custody of a minor child. N.C.G.S. § 50-13.1 reads that a proceeding for child custody can be initiated by: 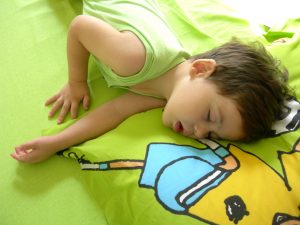 The mention of “another person” means that non-parents and third parties can seek child custody in North Carolina. However, it does not necessarily mean that they are automatically awarded custody of a child. Under North Carolina law, all child custody cases are determined based on the child’s best interests.

If you are a non-parent or third party seeking child custody in North Carolina, it is essential to consult with a knowledgeable family lawyer at Arnold & Smith, PLLC, to help you in your attempt to obtain a favorable outcome.

Can Non-Parents or ‘Strangers’ Seek Child Custody in North Carolina?

When it comes to seeking custody of a minor child, the petitioner must prove that they have standing to file for custody. In legalese, “standing” means having a right to file a legal action or lawsuit in question.

In 1994, the North Carolina Supreme Court clarified North Carolina’s child custody law by arguing that the statute was not designed to give “strangers” a right to file custody actions against natural parents of minor children who are not related to the stranger seeking custody.

In other words, North Carolina’s statute should not be misinterpreted as allowing complete strangers to file for child custody. But when do non-parties have standing to seek child custody?

Who Has Standing to Seek Child Custody?

However, a third party or non-parent will have to demonstrate evidence to prove that their parent-child relationship is sufficient to have standing to file for custody in North Carolina.

How Can a Non-Parent Win a Child Custody Case Against the Biological Parent?

A non-parent can win a child custody case against the child’s natural parent when there is sufficient evidence to prove that the latter is unfit to be a parent, unable to care for the child, or abused, neglected, or otherwise mistreated the child.

As mentioned earlier, North Carolina courts must consider the child’s best interest when awarding child custody. If you are a non-parent or third party seeking child custody in North Carolina, consult with our child custody attorneys at Arnold & Smith, PLLC. Get a phone or video consultation by calling at (704) 370-2828 to speak with our detail-oriented and well-versed lawyers with offices in Charlotte, Lake Norman, and Monroe, please contact Arnold & Smith, PLLC today or find additional resources here.

Termination of Parental Rights in North Carolina: How and When Does It Happen?