Everyone knows that divorces can become nasty. Couples who used to be madly in love begin harboring small bitterness, engaging in fights over all kinds of things: the house, dishes, pictures, retirement accounts, etc. One British divorce case takes this kind of squabbling to a new level, with the woman claiming that she’d like to retrieve the kidney she donated to her soon-to-be ex-husband. 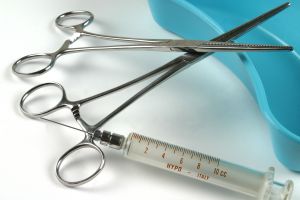 The story recently appeared in the Huffington Post, which said that Samantha Lamb, a 41 year-old mother of one young child, donated her kidney to her husband back in 2009. Lamb says that she was willing to do whatever she could to save her husband’s life, even agreeing to lose a large amount of weight prior to the procedure to ensure she was healthy enough to survive the operation. Lamb then underwent a kidney transplant operation, a painful procedure that took months to fully recover from.

Lamb says that after her husband recovered it didn’t take too long for her husband’s appreciation to diminish. Despite saving his life, she says her husband, Andy, had grown unhappy. Lamb says she believes Andy became so unhappy that he might have actually cheated on her, though she doesn’t have definitive proof of the affair.

Lamb says that she would be happy to donate the kidney all over again, just not to her husband. She says that she now hates her husband and wishes she could have her donated kidney removed now that her marriage has come to an end.

Though the dissolution of the Lambs’ marriage is sad, the hard feelings are unfortunately not uncommon. It’s quite common for couples to become increasingly unhappy in their relationships and begin to develop hostility towards their partners. Though the anger may be understandable, it’s often counterproductive. Staying angry with your ex can result in wasted time and money spent fighting over small matters. Fighting for the sake of fighting only succeeds in boosting your attorney’s bottom line and leaves you both with even less money to split. Stick to the important things, like custody, visitation and a division of assets, and avoid emotional battles and you’ll come out better off.

“Woman Who Donated Kidney To Husband Now Wants It Back,” published at HuffingtonPost.com.