For those of a certain era, the divorce of Toni Tennille and her husband, Daryl Dragon, will come as sad news. The duo are known better by their stage names, Captain and Tennille, and recorded some big hits from the 1970s including “Love Will Keep Us Together” and “Muskrat Love.” 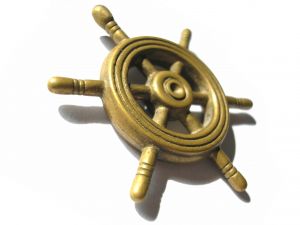 The couple announced their divorce on their website, saying that even after 40 years together, feelings began to change and evolve and it no longer felt right to remain together. Though the announcement felt like the decision was mutual, Dragon has since spoken to a reporter who he told that he still doesn’t understand the reason for the divorce and is trying to get to the bottom of his wife’s unhappiness. While the divorce is ongoing the two will remain together under the same roof.

Reporters who have analyzed the divorce filings are speculating that health issues may have something to do with the divorce given an odd mention of health insurance in the petition for divorce. It was announced back in 2010 that Dragon was diagnosed with a degenerative neurological disorder that is similar to Parkinson’s and which leads to extreme tremors. Many wonder whether the strain of the health problems or the expense of the health insurance may have played a role in the divorce, though neither Dragon nor Tennille would comment.

Many were shocked by the announcement given the couple’s age and the length of their marriage. Tennille just turned 73 and her husband is 71 and the two had been married for 39 years. It’s long been thought that once a couple has made it that long there is little chance of divorce. However, Captain and Tennille are just one of many aging couples who are choosing to end their marriages late in life. The new trend has even been given a name, “gray divorce,” and is responsible for a doubling in the rate of divorce seen among those couples older than 50.

Family law experts say that the growth in gray divorces is likely tied to generational differences. Aging Baby Boomers have long been committed to happiness and personal growth and are far more likely than their parents were to call it quits when a marriage has gone bad. Once children leave the house there is less of a reason to continue making a bad marriage limp along and many couples decide that they’d rather be alone than spend the rest of their days with someone they aren’t getting along with.

Additionally, Baby Boomers are far more financially independent than previous generations, with women often working outside of the home and amassing retirement accounts filled with their own money. This financial security allows those that are unhappy to contemplate divorce and not fear being destitute in their retirement. Experts say this might explain why two-thirds of all gray divorces are initiated by women.

“Captain and Tennille, musical duo of the ’70s, divorcing after 39 years of marriage,” by Diane Reese, published at WashingtonPost.com.