Attorney Matthew R. Arnold answering the question: “I’m not getting along with my husband. We’ve been married two weeks and it was a mistake. Can’t I just get an annulment?”

To the surprise of many, the Pope has come forward and called for the faithful to have sympathy with those in the Catholic Church who have known the pain of divorce. Rather than condemn those whose marriages failed, Pope Francis asked the clergy and Catholics around the world to walk hand-in-hand with those who have felt the pain of failed love. 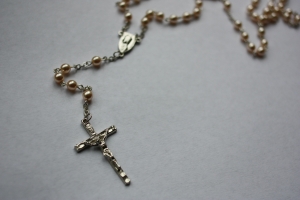 Pope Francis spoke during a daily mass at the Vatican and called on followers to avoid criticizing those who have gone through a divorce. Instead, followers are asked to remain close to them during their times of need.

The Pope’s remarks come at a sensitive time in the Catholic Church, when many are asking for a reexamination of the church’s position on the issue of divorce. Currently, those who have been divorced and not received an annulment are not allowed to take part in Communion, a holy and integral part of a Catholic service. Though these rules still exist technically, in reality they are rarely enforced at the local parish level.

Many in the Church are looking to Pope Francis to modernize some Catholic dogma, specifically issues relating to remarriage. Should the Pope decide to end the ban on receiving communion, many believe it would lead to broader questions and possible changes to how Catholics view marriage today.

One possible change floated by some reformers would be to broaden the acceptable situations for annulment. If annulment were easier to obtain then more couples would be allowed to remarry in the Catholic Church, reducing the stigma of divorce. Another option is the approach taken by the Orthodox Church, which allows members to remarry in the church and take Communion, but only gives a blessing for the second marriage, short of the full sacrament.

The matter has divided the church; with traditionalists arguing the Pope should refrain from altering important traditions. More modern Catholics argue that reform is needed to ensure the Church remains relevant to young couples today. The issue also is divisive depending on a person’s geography. Surveys show that 75 percent of Catholics in Europe disagree with the church’s official stance on divorce. Sixty-seven percent of those in Latin America and 59 percent in America also disagree. However, only 19 percent of Catholics in Africa, a large and growing community, think the Church is wrong.