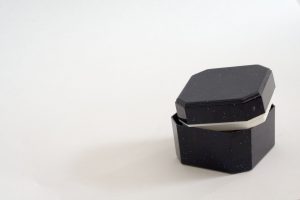 New York was one of those early adopter states, with a state legislature that embraced gay marriage years before the Supreme Court mandate. In an attempt to increase tourism, New York City made a special push for same-sex couples to come to the city to get married. The campaign was known as “NYC I Do” and was an initiative of the newly elected Bloomberg administration. The aim was to target gay tourists in places where gay marriage was prohibited in an attempt to lure them and their money to the Big Apple.

The campaign was a success, attracting thousands of couples to tie the knot in New York. One of those couples, Andrzej Gruszccynski and Wiktor Twarkowski, came all the way from Poland to get hitched. Gay marriage was strictly prohibited in conservative Poland, and a chance to come to the U.S. to make their relationship official was too good to pass up. The two were married in December 2013. They wore matching jeans and white shirts and had the ceremony officiated by the city clerk at the Manhattan Marriage Bureau. Only a few days later, they flew back home to Poland.

Unfortunately, the happy story took a turn for the worse. By 2016, the relationship had soured and, just like with some heterosexual relationships, the love they shared appeared to wane. The two decided that they wanted to end their marriage and decided to file an uncontested divorce in Manhattan. This kind of case would typically be dispensed with quickly, as neither party is fighting over custody or the division of financial assets. Instead of moving quickly, a court clerk rejected the filing entirely, noting that the divorce cannot be filed in New York State as both parties are residents of Poland. This means that the residency requirement written in New York law was not met and thus the divorce request could not be processed.

The couple felt that this was a bait and switch, with the city eager to lure couples for marriage, but when things go badly, washing its hands of the divorce. They decided to sue the city as a result, asking a judge to intervene and grant them a divorce. A judge heard the case and agreed, writing that because the city married the men it must also provide them a means of divorcing. The judge noted that the couple accepted New York’s gracious invitation to marry, but that the state was now attempting to deny the couple and equally fundamental right to end their marriage.

The couple noted that if New York courts refuse to hear the case, then the couple will essentially be forced to remain married for the foreseeable future. Their marriage is not legally recognized in Poland, meaning New York, the state where the marriage was legalized, is the only one that could oversee its demise. The judge decided that such a result would be unjust and decided to waive the normal residency requirement. With the residency rules waived, the couple were then able to move forward with the uncontested divorce, granting them the same rights to divorce available to all legally married couples.

Tennessee Judge Says Woman Has The Rights of a Husband