Attorney Matthew R. Arnold answering the question: “I’m considering separating from my spouse; what actions should I refrain from doing?”

A bill in Massachusetts currently making its way through the legislature is aimed at reducing the instances of funny business between individuals who are in the process of divorcing. Specifically, the legislation would prohibit all sexual contact for divorcing spouses who live at home with their children until the divorce proceedings are finalized. 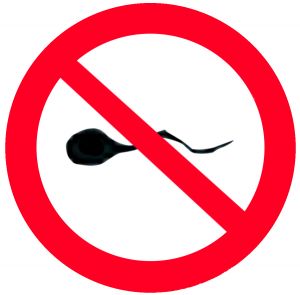 Even more ridiculous is that the bill says that for a parent to have sex he or she would first have to get a judge to sign an order approving the deed, something that many have said is downright preposterous.

The legislation specifically says that in any divorce or separation where there are children involved, the party remaining in the marital residence “shall not conduct a dating or sexual relationship within the home until a divorce is final and all financial and custody issues are resolved…” The only exception contained in the legislation is for cases where a judge has granted express permission.

The bill was originally introduced by State Senator Richard Ross back in early 2013 and failed to garner the support necessary to pass. This time, Ross says he thinks there is a chance the bill might earn enough support to get signed into law. Though Ross is the official sponsor of the bill, he curiously says he does not personally support it.

Ross says that he only brought the bill forward as a service to a constituent. The constituent is the former president of the group, Fathers United for Equal Justice, and apparently endured an incredibly bitter divorce.

The supporters of the legislation claim that the bill would work to protect children by eliminating the possibility that strangers are allowed into the home. Advocates say that children are more likely to be physically or sexually abused in cases where a parent brings new individuals into the home, especially so early on after a split.

Opponents to the measure say that the law is yet another example of the government attempting to insert itself into the private lives of individuals. Rather than protect children, these critics say that the law works to punish parents, specifically women, who may be eager to move forward with their lives. Treating adults like children who must first ask permission from a judge before beginning a consensual relationship with another adult appears to serve little legitimate legal purpose.

“Massachusetts Bill Could Ban Sex During Divorce,” by Emily Thomas, published at HuffingtonPost.com.