Board Certified Family Law Specialist Matt Arnold answers the question: ” If I remarry, can they look at my new spouse’s income?”

You might think that determining paternity these days would be a fairly simple process. There is no longer a need for lengthy trials, witness testimony and a weighing of factors. A simple, fast, affordable genetic test can arrive at a definitive answer in record time. Though genetic testing allows for speedy resolution to the biological question of paternity, courts have, in some cases, been reluctant to let genetics dictate the answer to the legal question of paternity. 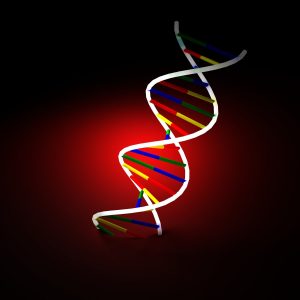 A recent case in Pennsylvania illustrates how complicated such a seemingly straightforward issue can be. The case, S.N.M. v. M.F., concerned a child that was conceived out of wedlock. Back in 2003, the father in the case signed a document known as an acknowledgement of paternity. At the time, the child was three months old. The father then entered into a custody arrangement with the mother and spent the next 13 years holding himself out publicly as the father of the child.

Fast forward 13 years, and the father in question decides he has doubts and petitions the court to order a genetic test to determine paternity. The court agreed with the father and the test revealed that the man was not the biological father of the child. The mother then appealed the decision, arguing to a Pennsylvania Superior Court that the lower court was wrong to have allowed a genetic test 13 years after the father had signed an acknowledgement of paternity. The mother claimed the matter of paternity had already been settled, regardless of the genetic reality.

Though establishing paternity would seem to revolve around questions of biology, in Pennsylvania that is only one factor to consider. There is no law in the state that requires a genetic test be performed to establish paternity. Instead, paternity can be established in several ways. One, if a couple is married then paternity is presumed. In fact, genetic tests will often not be granted unless a couple has divorced and there is no longer a family unit to worry about keeping in tact.

For cases where a child has been born out of wedlock, there are two other ways that paternity can be established. One is that the person signs an acknowledgement of paternity. If this happens, the person has 60 days to challenge the statement, but after that point the law says that paternity cannot be challenged or rescinded, regardless of genetic testing. The second way that paternity can be established in these cases is if a person holds himself out publicly as a father. If he broadcasts to the world that he is indeed the father, then he can be legally deemed the father, regardless of biology.

In this case, the Superior Court in Pennsylvania ruled that paternity had long since been established. By signing the acknowledgement of paternity form, the father had agreed to take legal responsibility as a father. No genetic testing can change that and should not have been ordered. According to the court, the doctrine of paternity by estoppel should prevail in this case. That means that because the man spent 13 years advertising to the world that he was the father, he is now estopped (prevented) from changing his mind.

This all leads to a rather complicated question, is the law fair? Some might (and do) argue that these rules are unfair to men who are not biologically related to the children they are deemed legally responsible for. If a man isn’t biologically linked to a child, should he continue to be recognized as the legal father for that child, with all the rights and obligations that come with it? Maybe not, but the father is not the only person who needs to be considered in the equation. Courts in Pennsylvania have placed special importance on the children involved in the dispute and what is ultimately in their best interest. When the interests of the children and the father do not align, it is clear that the courts seem to be fine with taking the side of the children.

Family Court Judge Gets Reprimanded For Discriminating Against Couples With Kids