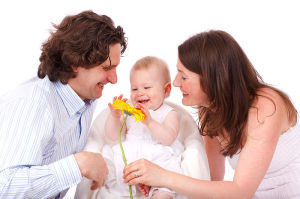 The donor that stood out to Ms. Hart was described as a hard worker who was “happy and easygoing.” Also, importantly, the donor’s sperm had been quarantined for a year when Ms. Hart chose it in 2011, meaning the sperm bank was able to rule out the presence of diseases. The donor’s background was described as “clean” genetically.

When Ms. Hart’s daughter Leila was born in 2012, the mother said she felt relieved to learn Leila was healthy and was not afflicted with the condition that had taken Leila’s stepbrothers prematurely.

As Leila grew, Ms. Hart—who described her own appearance as West Indian—grew interested in the identity of Leila’s donor. Leila’s blonde hair and blue eyes sharply contrasted with her mother’s appearance.

Ms. Hart became a do-it-yourself online private eye—with the help of Google—and learned that Leila’s father was an Australian cattle breeder and amateur soccer coach named Scott Anderson. Ms. Hart contacted the agency that worked with Mr. Anderson and offered details about herself and Leila, in case Mr. Anderson wanted to meet.

To Ms. Hart’s surprise, Mr. Anderson responded, and the pair began exchanging emails. Eventually, around Leila’s first birthday, the pair decided to meet in person. Leila immediately took to Mr. Anderson, so much so that Ms. Hart agreed to meet with him every few weeks so that he could spend time with his daughter.

During that time, Ms. Hart said, she began to see Mr. Anderson in a different light. She admitted to a girlfriend that she thought Mr. Anderson was “quite gorgeous” and revealed that she had developed a crush on him.

A few months later, the pair became stranded after a road accident closed the highway on which they were traveling. Authorities told the pair the road would be closed overnight, so Hart, Anderson and Leila met up with an old friend of Mr. Anderson’s, who let them sleep on a mattress in a spare room in his house.

“It was not awkward,” Ms. Hart said. “There was this sense that we were there as a family.”

Now the self-described city girl and the cattle farmer are making a go of the relationship that began with an anonymous donation of sperm. Instead of a happy ending, Ms. Hart told the Daily Mail, her finding Mr. Anderson was a “happy beginning.”