Infidelity appears to have caused serious problems in the marriage of Jessica Biel and Justin Timberlake. According to several gossip sites the couple are preparing to split after rumors of infidelity surfaced. In addition to the alleged adultery, friends close to the couple are saying that their constant fighting over baby plans have also weighed on the relationship. 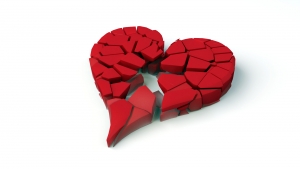 According to OK! Magazine, the marriage between the couple has been on the rocks for months now as the two have faced a variety of marital troubles. For one thing, Timberlake’s busy schedule touring around the world has made it difficult for the two to spend any substantial time together. His touring schedule has led Timberlake to put off having children and starting a family, something that Biel has taken issue with. Apparently before the two agreed to tie the knot, Timberlake promised Biel that they would try for a baby in short order. However, touring appears to have taken precedence.

In addition to the hectic professional schedule and disagreements over children, others have said that rumors of infidelity have wreaked havoc with the couple. Though rumors have plagued Timberlake for years, Biel appears to have now had enough. Friends say she has moved out of her home and has gotten an apartment of her own. The decision to live “separate and apart” was designed to lay the groundwork for the eventual divorce.

Sadly, celebrities aren’t the only ones affected by adultery. Infidelity leads to divorce and is one of the most damaging things that can ever happen to a marriage. Unfortunately, it is also one of the most common problems that couples have to face. Data has shown that around 60 percent of men and 40 percent of women will engage in an affair at some point during their marriage.

Though many couples that go through an affair ultimately choose to end their marriages, many couples that face affairs are able to stay together. Though many times the cheated on partner cannot get over the loss of trust, in other cases it is the unfaithful partner that finally decides to leave. In some cases, the unfaithful partner tires of being doubted by their partner and the frustration leads divorce.

Experts say that though its possible for couples to work through infidelity and come out stronger than ever it requires an enormous amount of hard work. Boundaries need to be drawn and therapy needs to take place so that trust can be established again.