An internet dating company that exists to facilitate affairs claims that Huntersville, North Carolina is among the most unfaithful neighborhoods in the country. The news release came from AshelyMadison.com, which compared data from its nearly 21 million members. 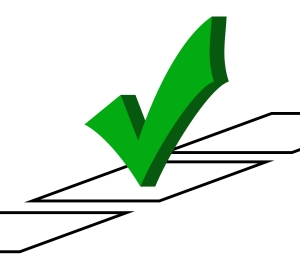 According to AshleyMadison, more than 65,000 of its millions of members come from the Charlotte metropolitan area. Out of this group, more than 9.1 percent are from Huntersville, representing a sizable share of the overall members relative to its share of the metro area’s population. Ballantyne makes up 8.9 percent of local members while uptown is home to 8.8 percent. These three areas are followed by Myers Park, Indian Trail, Dilworth and SouthPark.

According to the founder and CEO of AshleyMadison, income and education are among the most common attributes of areas that are big users of the service. The CEO says that cheating is typically easier for those with more discretionary income, which is why the majority of those cities at the top of his lists are affluent areas.

Though the latest news involves Charlotte neighborhoods with high percentages of subscribers, AshleyMadison does not include Charlotte among the top of its least faithful cities list. Washington D.C. won the title for the past two years, with the website finding that D.C. had the highest number of sign-ups per capita.

Following D.C. is Austin and Houston. The two Texas cities have seen large growth in the number of subscribers, according to officials with AshleyMadison. Other cities in the Top 10 include Miami, Oklahoma City, Richmond and Philadelphia.

AshleyMadison says that its research has shown that most traffic growth has been led by married women. This confirms data compiled by the National Science Foundation, which discovered a trend of increasing infidelity among women. In 2010, a survey found that 19 percent of men claimed to have been unfaithful at some point during their marriages, down from 21 percent in 1991. However, 14 percent of women reported having an affair, an increase from the 11 percent who said so back in 1991.

In his free time, Mr. Arnold enjoys golfing and spending time with his wife and three children.
Source:

“Website ranks Huntersville as ‘most unfaithful’,” published at CharlotteObserver.com.