In a surprising case out of New York City, a woman had her divorce settlement reduced by a family court judge after the judge found that the woman’s airing of her husband’s dirty laundry hurt his business. 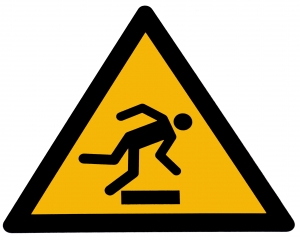 The decision, issued by Justice Laura Drager, means that Janice Schacter will now walk away with 17 percent of what used to be her husband’s $5 million law firm partnership ($855,000). The judge noted that the wife’s constant sniping online, in the press and to others in their social circle cost her millions of dollars, with the woman initially poised to walk away with half the $5 million partnership.

The problems for Janice and Ira Schacter began years ago, back in 2007, when the two got into a physical altercation and, soon thereafter, filed for divorce. The couple’s split was contentious from the very beginning, with both parties attempting to smear the other’s good name. Police were called numerous times, stories were written, restraining orders filed and the presiding judges says she had to contend with numerous inappropriate outbursts in the courtroom.

During this time, Janice Schacter’s actions to slander her husband went above and beyond a normal person’s attempt to merely bring to light a partner’s bad behavior. Janice judiciously spread stories around the Manhattan legal world about how her husband physically abused her, cheated on her, was engaged to a Playboy “Coed of the Week” and withheld money from his children. The stories garnered so much attention that at one point Ira was mockingly named “Lawyer of the Month” on the legal website AboveTheLaw.

In that article, details of Ira’s engagement to the Playboy bunny were discussed, as was Janice’s accusation that Ira had blown more than $200,000 on an engagement ring for the Playmate while refusing to contribute money towards his hearing-impaired daughter’s $12,000 hearing aids.

Ira, who is a partner in the Manhattan law firm Cadwalader, Wickersham and Taft, argued in Court that his wife’s outrageous behavior substantially impacted his ability to find and retain new clients, ultimately reducing the value of his partnership from more than $5 million to only $627,000.

For her part, Janice claimed that it was Ira’s bad behavior that cost him work as well as the bad economy. She said that she should be compensated for the original value of the partnership, regardless of any subsequent drop in his business. Judge Drager disagreed strongly and said that while Janice was well within her rights to raise concerns about her husband, her incessant posting and discussions about their marriage went beyond reasonable behavior.

As a result, the judge ruled that Janice’s decision to bite the hand that feeds her would cost her serious money. Now don’t go feeling too sorry for the woman. The final settlement included millions of dollars for the couple’s townhome, millions more in retirement and savings accounts and hundreds of thousands in jewelry and art work. Though Janice won’t be penniless, she will have decidedly less money than if she had managed to control some of her anger.

“Upper East Side woman gets less in divorce from lawyer ex because her public accusations hurt his business: judge,” by Barbara Ross, published at NYDailyNews.com.