Apparently it’s true what they say, dogs really are man’s best friends. And women’s best friends. Oh, and don’t forget about the cats. A recent survey of the American Academy of Matrimonial Lawyers discovered that more divorcing couples are fighting over custody of their pets today than ever before. 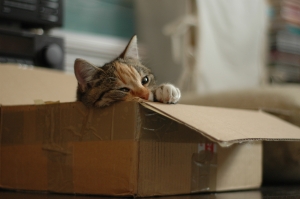 Specifically, the survey found that 27 percent of lawyers say they have seen a rise in the number of people engaged in pet custody disputes during the past five years. Additionally, 22 percent of lawyers say that the judges across the country are more receptive to hearing pet custody cases. Another 20 percent of respondents said that courts instead preferred to treat pets only as assets, not willing to engage in conversations about custody.

Sadly, experts say that many instances of pet custody battles are often brought by one spouse as an attempt to gain leverage over the other spouse who actually has a deep attachment to the animal. In these cases, one spouse believes that by threatening to keep the animal for him or herself, it might be possible to extract other concessions from the pet-loving spouse.

The problem with this strategy (beyond the fact that it is sad and needlessly hostile) is that judges often see through this fight as it quickly becomes obvious which person truly does have the deeper connection to the animal. When this happens, it can end up making judges angry with the one spouse for wasting the court’s time on a frivolous matter.

In other cases of genuine mutual concern for a pet it can be tricky to know how to solve the issue of custody. Genuine visitation agreements for pets are rare and often impractical given the hassle of transportation and realities of pet ownership. Instead, what often happens is that one party is granted full custody (or ownership, depending on the approach of the court) while the other party receives nothing.

“Fighting Over Cats and Dogs During a Divorce,” by Maria Cognetti, published at HuffingtonPost.com.