A man in Indiana dodged a potentially costly bullet last week when a superior court judge ruled that he only needed to turn over a small fraction of his overall lottery winnings. The judge found that Jose Perez could keep the bulk of his $2 million scratch-off winnings due to the prolonged separation between he and his wife during which the money was won. 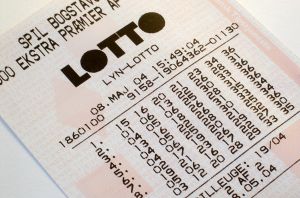 Perez and his wife, Maria Zepeda, married back in 2002 and only remained together a little over four years, physically (though not legally) separating in 2006. Though the two remained physically apart, maintaining separate residences, separate bank accounts and nearly totally cutting contact, they remained legally married.

Between 2006 and 2011, the two only spoke to one another two or three times in total, appearing by all outside accounts to be separate single adults. Then, in January 2011, Perez won $2 million in the Hoosier Lottery. That scratch-off ticket changed his life and caused him to finally divorce his estranged wife. Only a few months later, the divorce was finalized and Perez thought he was free and clear.

However, Zepeda didn’t take long to hear of the lotto winnings and, after consulting a family law attorney, decided she should stake her claim on some share of the winnings. Initially, Zepeda asked for $1.4 million of the $2 million haul, something the judge found ridiculous.

Zepeda argued that even though the two were separated, she was still legally Perez’s wife and, as such, was entitled to an equitable division of marital assets, including the lottery winnings. Zepeda believed she should walk away with at least half the money. However, this 50-50 split, while common, is not guaranteed. Judges are free to depart from this general rule when the circumstances warrant such a departure.

After reviewing the facts of the case, specifically the fact that the two had almost no contact with one another for more than five years and that they never comingled assets, the judge decided that Zepeda was only entitled to $50,000, a mere 2.5 percent of the overall winnings.