According to a recent article, former Real Housewives of New York City star Bethenny Frankel is shelling out big money to continue fighting her long and already expensive divorce of Jason Hoppy. The case has drug on for more than 16 months already and shows no sign of coming to a close, something that cost Frankel a pretty penny. 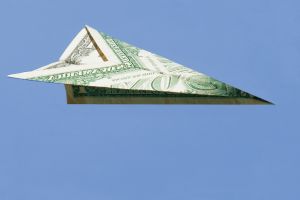 According to recently released court papers, Frankel has been ordered to write her soon-to-be-ex a check for $100,000, money that is supposed to go to paying his mounting legal bills. Hoppy and his family law attorney petitioned the presiding judge to order the payment, claiming that Frankel’s wealth vastly exceeds Hoppy’s and, as a result, she should have to pay her former husband’s legal bills to ensure he is fairly represented during the contentious case.

Frankel, who sold her Skinny Girl line of alcoholic drinks for a reported $100 million, should have plenty of money to pay the tab. However, her lawyer insisted that the $100,000 be deducted from any future financial settlement worked out with Hoppy. So far, a deal seems like a long way off, with the two reportedly far apart with regards to alimony, child support and division of Frankel’s Skinny Girl money.

Hoppy argues that he is entitled to a good chunk of Frankel’s empire, saying that he met her as she was creating the brand that would go on to earn her millions and that he helped her establish her company. Frankel claims that her earnings are her own and that her business never had any direct ties to her husband, something she believes should result in her walking away with everything.

In addition to the financial matters, the two are also continuing a lengthy fight over custody of their little girl. The judge recently ordered both sides to submit to a psychiatric evaluation to help decide what is in the best interest of their daughter. Between the financial matters and the custody issues, it’s clear why the legal bills have been piling up. All the fighting adds up to a lot of money, something that is costing Frankel dearly.

Though it’s important to fight for what you think you deserve, it is just as important to remember that wasted fights lead to wasted money. Bickering with your ex just to be difficult ultimately helps only your lawyer, leaving you and your former spouse with less money to divide amongst yourselves.

“Bethenny Frankel has been ordered to shell out $100,000 to ex Jason Hoppy’s attorneys as divorce battle heads into its 16th MONTH,” by Heidi Parker, published at DailyMail.co.uk.