Though no one knows for sure why it happens, experts say that the period between New Year’s and the end of March often sees a noticeable jump in divorce filings. Whether it’s the stress and expense of the holidays, the generally gloomy weather or the forced romance associated with Valentine’s Day, January through March has earned a reputation as the season of divorce. 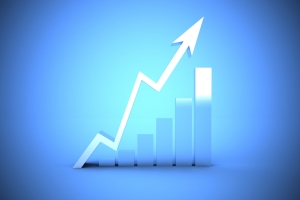 Beyond mere anecdotal evidence, an analysis by the legal website FindLaw.com found that divorces spike every January, continue to increase in February and finally reach their peak in late March. After March, the divorce rate drops off noticeably.

Beyond those filing for divorce, there’s a similar increase in the number of people searching for divorce-related topics online. FindLaw says that the numbers of searches for phrases like “divorce” or “child custody” jump by more than 50 percent from December to January and continue to gain steam through March.

Those who routinely handle divorce cases say that while many factors combine to make a person interested in divorce, money is often a leading contributor. Money may also have something to do with why divorces peak at the beginning of the year. Experts say that fights over money often begin around Thanksgiving, get worse as relatives come into town or expensive trips need to be made and then peak as Christmas bills come due. By January or February couples may have finally had enough fighting and decide that they’re ready to end the relationship for good.

In other cases, the bad weather forces couples to stay indoors and in close contact with one another. This can be a recipe for disaster and frequently leads to fighting and increased stress. Other times, couples wait until the New Year to file for their children, not wanting to ruin the holidays by announcing their separation.

Though the beginning of the year may be when divorce-filing spikes, family law experts point out that divorce is actually most advantageous at the end of the year. The reason is that those who file at the end of the year can file their taxes as individuals rather than as married, something that can benefit many couples. However, decisions involving divorce are rarely so cold or calculated and are instead driven by emotion.