Everyone knows marriage is a risky proposition. You are handing your heart over to another person in the hope that he or she handles it with care. No one going into the marriage expects to end the relationship in divorce, sadly though, it is something that can happen to even the best couples. 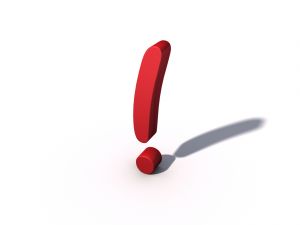 A recent article on TheStir.com explored some surprising statistics regarding divorce that might make some couples seriously reconsider before taking the plunge. Though the facts aren’t meant to discourage true love, they should serve as a warning that marriage is a decision that should not be entered into lightly.

For one thing, the average length of a marriage that ends in divorce is eight years. That means that most couples that are heading for a separation will just be reaching that stage in life where they have begun to acquire assets and settle into their careers. Eight years in, many people have already had a child or two, have purchased a home and have begun setting money aside for their future. Around the same time that things appear to be getting settled is actually when many couples call it quits.

Another surprise is that the average age for couples that are going through their first divorce is 30 years old. Though it seems surprisingly young, the fact is that most couples find themselves married at an early age and divorced not long thereafter. This 30-year mark is when many people begin to feel the urge to leave a marriage that isn’t working. It’s old enough to have gained some experience, but not so old as to be dissuaded by worries of ending up alone.

It’s not all bad news though; the article notes that those couples that come from a home with happily married parents have a somewhat lower risk of divorcing. The numbers show that coming from an intact home lowers your risk of divorce by 14 percent. The reason is that watching your parents navigate through rocky patches without divorcing gives individuals tools to help them stick it out through tough times in their own marriages.

“6 Ridiculous Divorce Stats That Will Scare Any Sane Woman,” by Deborah Cruz, published at TheStir.com.

Divorce May Become Harder For Those In Kansas