Attorney Matthew R. Arnold answering the question: “I’m not getting along with my husband. We’ve been married two weeks and it was a mistake. Can’t I just get an annulment?”

Former NFL star Terrell Owens has a reputation for being difficult. Former teammates and coaches have long complained about his behavior on and off the field. According to recent reports, his difficult personality may also extend to relationships, with news coming out that his wife of only two weeks is preparing to file for divorce. 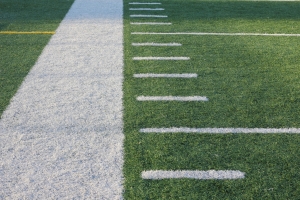 Owens married Rachel Snider, a former postal worker from Texas, two weeks ago. Snider, who has a daughter from a previous relationship, has apparently already grown weary of Owens’ antics and is preparing to move out of their home and file paperwork to end the marriage.

According to sources close to the couple, Snider says she has come to believe that Owens only married her because she had good credit. Owens has been struggling publicly with financial problems in recent years, suing his manager last year for millions he says he is owed. Snider claims that because of his financial mess, Owens was unable to get approval for a loan to buy a house. Almost immediately after the marriage was official, Snider claims Owens used her credit to secure the $2 million loan for a house in Sherman Oaks, CA.

Experts say that if the story is true it represents the culmination of a series of unfortunate financial mistakes for Owens. Once an acclaimed professional football player, Owens has fallen on hard times. Experts say that his bad behavior left him unemployed, with NFL teams refusing to take the risk of hiring him. His wild spending habits were never brought under control despite his lack of a paycheck, which resulted in a bankruptcy, child support arrearages and house foreclosure. Many believe that Owens managed to earn and then lose more than $80 million.

The problem in this case for Snider is that if she has co-signed the loan even a divorce will not be enough to remove her from responsibility for the debt. Many people do not understand that just because you have divorced and the divorce decree assigns responsibility for a debt to one party does not mean the other person is off the hook completely. That is because even a divorce decree does not have the power to rewrite the initial agreement signed with the lender. Assuming Snider signed the agreement then she will remain tied to the house unless and until Owens is able to refinance the $2 million abode on his own.