Board Certified Family Law Specialist Matt Arnold of Arnold & Smith, PLLC answers the question ” Is there some property that the judge cannot divide?”

If you haven’t been subscribing to Legal Matters, our quarterly family law newsletter, you should start now. 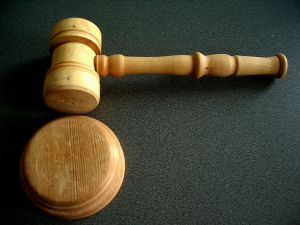 This quarter, we discuss how the Internal Revenue Service has spotted a huge gap between alimony deductions claimed and the amount of alimony income received by those entitled to it. In general, people who are ordered to pay alimony to a spouse or ex-spouse can claim and receive a tax deduction. The government report suggests that either people paying alimony are exaggerating the amounts they paid or people receiving alimony are underreporting that income, or both. Deductions exceeded reported alimony income by some $2 billion.

The IRS has announced that it is changing the way it selects tax returns for audits in order to catch more suspicious returns involving alimony. What does this mean for you? It means that when reporting income or claiming deductions related to alimony, you need to be precise. If you have questions regarding how much alimony you should be reporting or the amount of deductions to which you are entitled, you should speak to a family law attorney to make sure you are handling these issues correctly.

Also in this issue of our family law newsletter, we explore how the issue of student-loan debt can complicate divorce settlements. In general, marital debts are divided equally, but many spouses incurred student-loan debt before they married, making it separate debt. Some common issues complicate the division of student-loan debt in divorces, such as whether both spouses contributed to paying off portions of the debt during the marriage, which spouse benefited from the spouse’s degree during the marriage, whether the loans were consolidated and which spouse can afford repaying the debt.

END_OF_DOCUMENT_TOKEN_TO_BE_REPLACED

If you have already selected a North Carolina family law attorney you might feel like you’re stuck with your first choice, even if things are going bad. However, it’s important to remember that you’re never trapped with any divorce lawyer and that if you no longer feel comfortable you have the right to give them the boot. Though dropping an attorney may feel like a waste of time and money, it’s critical that someone you trust guide you through your divorce given the serious impact a split can have on the rest of your life. 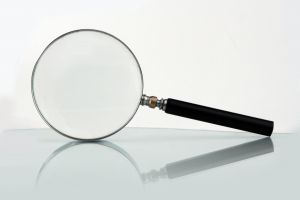 So what are some signs it might be time to start looking for a new North Carolina divorce attorney? First, if your lawyer refuses to return phone calls or answer your questions. It’s important to understand that your lawyer has other clients and you may not always be able to get ahold of him or her immediately. It’s perfectly normal to have a lawyer who is tied up in court, depositions, mediations or other client meetings. However, even busy attorneys need to understand that the clients are the boss and must take the time to be responsive.

If you feel ignored repeatedly or like your concerns are not being properly addressed, it might be time to consider looking for a new attorney. You can start by addressing the issue with the lawyer, explaining that you feel cut off from the case and require a bit more handholding. If that doesn’t work, it might be time to cut bait and find someone new who better understands your needs.

END_OF_DOCUMENT_TOKEN_TO_BE_REPLACED

In this issue of the Charlotte Divorce Lawyer Blog Family Law Newsletter we take a look at information garnered from census data going all the way back to the 1940s. The U.S. Census Bureau has copmpiled a new report which evaluates marriage and divorce in America. We also look at a case out of Georgia where the Supreme Court upheld a divorce agreement – even when the circumstances changed. Also, a court in Virgina recently ruled that a husband could pay his wife by transferring some of his retirement benefits to her rather than transferring cash. Finally, we take note of a case out of Connecticut which ruled, essentially, that a postnuptial agreement must be “fair” at the time of the divorce.

END_OF_DOCUMENT_TOKEN_TO_BE_REPLACED

In this issue we take a look at recent divorce court rulings from around the country and let you be the divorce judge! Also, we note several alimony and spousal support rulings from around the country where the court held that a wife was entitled to be compensated for her contributions to the husband’s hefty earning capacity later in life (one example is a wife of a dentist who worked to put him through dental school). We also consider cases (including one which we recently discussed on Charlotte Divorce Lawyer Blog from North Carolina) involving same sex couples and child custody.

END_OF_DOCUMENT_TOKEN_TO_BE_REPLACED

In this issue we address how the use of prenuptial agreements is growing in popularity. We also consider how termination of parental rights actions are being used in the context of grandparent visitation. We address various financial consideration as they factor (or maybe not?) into divorce proceedings.

In this issue of our Charlotte Divorce Attorney Blog Family Law Newsletter, we take a look at the increasing popularity of Post-nuptial Agreements and the many topics which can be addressed by Post-nuptial Agreements. We also consider a couple issues relating to Father’s parental rights in child custody disputes. Finally, we discuss how a divorce can affect your Last Will and Testament and other similar legal documents.

In this issue of our Charlotte Divorce Lawyer Blog Family Law Newsletter, we take a look at how difficult it can be to divide property in equitable distribution. We also take a look at the legal impact of signing a legally binding document without reading and understanding it. Finally, we take a look at relocation issues in child custody cases.

In this issue of our Charlotte Divorce Lawyer Blog Family Law Newsletter, we take a look at post-divorce issues such as automatic child support payments and changing beneficiaries on insurance policies and accounts. We also take a look at how taking a lower paying job will not always reduce child support or alimony payments. Finally, since it is tax time, we address which parent is entitled to take the tax deduction for a child in a split custody arrangement.

In this issue we take a look at “virtual visitation” – the ways in which technology is facilitating visitation despite great distances in child custody cases. We also address they ways in which asset valuation has become more difficult in equitable distribution cases during these economic times.

In this issue we address how Facebook or Twitter can impact a divorce case. We also discuss developments relating to whether divorcing spouses can access the other’s Yahoo or Hotmail email accounts. We also consider whether and to what extent separating and divorcing couples can agree to keep things confidential.