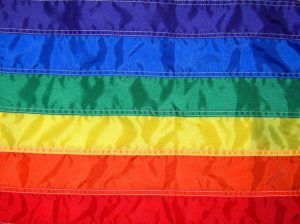 The couple, Erica and Sabrina Witt, were married back in 2014 in D.C., a time when gay marriage was illegal in Tennessee. The two decided to have a child and Sabrina got pregnant with the help of artificial insemination. When the child was born, Erica was not listed on the birth certificate because of her gender and the fact that, in Tennessee, the laws did not recognize the rights of a lesbian to adopt the child born to the other partner.

Though the Supreme Court decision in June of 2015 changed things by creating a legal right to gay marriage across the country, the Witts were already experiencing marital trouble and had not remedied the issue involving Erica’s parental rights to their shared child. When the two filed for divorce, Erica asked to receive the rights of a father (which is how Tennessee law refers to the parent who did not give birth). Unfortunately, Erica lost the first round of the dispute, with the judge saying that a strict reading of state law prevented her from receiving the rights and responsibilities that would typically be granted to a man in her situation.

Thankfully, Erica didn’t give up. Her lawyer filed a petition arguing that the state’s laws were unconstitutional in that they failed to recognize the rights of a lesbian couple in direct contradiction to the recent Supreme Court ruling. Legislators in Tennessee leaped into action and tried to get out ahead of the case, first by trying to intervene in the legal dispute between the Witts and, when that failed, by passing a law addressing the issue. The measure, signed into force within weeks of the latest ruling, says that Tennessee’s laws as they relate to families, custody and divorce, must be read strictly and words given their natural meaning. The measure is designed to force judges to interpret the state’s laws that discuss “mothers” and “fathers” and “husbands” and “wives” strictly, not on a gender-neutral basis. The intent, obviously, is to deny same-sex couples the rights afforded to opposite-sex couples.

Despite the legislative intervention, the Tennessee Attorney General issued an opinion saying that judges should ignore the measure and continue interpreting state laws in accordance with the recent Supreme Court ruling. That’s exactly what happened with the Witts, as the judge decided that words “wife” and “husband” should be viewed in a gender-neutral fashion. To choose to do otherwise, as the legislature tried to demand, would run contrary to Constitutional protections given to same-sex couples.

The practical impact of the decision is an important one. For the first time in Tennessee, a judge has said that a lesbian should be treated as a “husband” before the law. That means that Erica Witt will be deemed the legal father of her daughter and win the right to see her daughter post-divorce. Unsurprisingly, it also means that Erica will be forced to pay child support. After all, with rights come certain unavoidable obligations, an obligation Erica is likely more than willing to take on.