What is a mother? A father? A parent? Though these concepts have long avoided detailed examination by the courts, times are changing and specific definitions will need to be created or, in some cases, changed. As states continue to feel the impact of the Obergefell same-sex marriage case, they have found themselves increasingly drawn into disputes regarding what makes someone a parent, something that requires the courts to lay out a more precise and potentially different definition than in years past.

END_OF_DOCUMENT_TOKEN_TO_BE_REPLACED 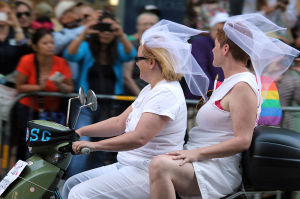