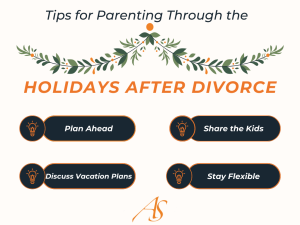 Tips for Parenting Through the Holidays After Divorce

Parenting can be challenging, especially for those who are divorced. Whether you are going through a separation, are recently divorced, or have been apart for a while, it can be difficult to navigate the schedule with your children around the holidays. While you would like to have your children with you throughout this special time, they also need to spend time with their other parent. Grandparents also want to spend time with their grandchildren. Here are some tips to help you get through the holidays without unnecessary stress.

END_OF_DOCUMENT_TOKEN_TO_BE_REPLACED 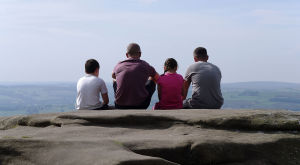